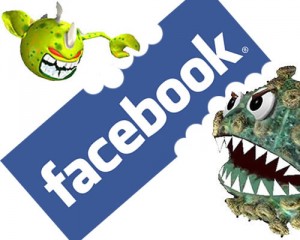 There is a nasty little Facebook identity attack making the rounds.  Many sources now point to something called “Fawkes” malware, by an international “hacktivist” group called “Anonymous,” or a splinter of the same organization.   Check your Facebook account regularly, just to be safe.

What does this virus do?

This particular piece of malware takes over your news feed and begins publishing all sorts of links to pornography, bestiality, self-mutilation, and general filth and yuck.  As a consequence, all your Facebook friends will suddenly receive post after post FROM YOU with this sort of material.  Depending on what your friends are used to from you, this might just be embarrassing.

How is it spread?

Most likely users contract the virus by installing a Facebook app, intentionally or not, and the virus is in the code itself.   The virus may also “clickjack.”  “Clickjacking” is particularly nasty, because the user will innocently click on a button that performs a seemingly innocent function, which may or may not trick the user into revealing pertinent personal information, and may also launch the virus in the user’s account.  Imagine clicking a button called “show me pictures of kittens,” and before you know it, all your friends receive salacious imagery courtesy of you.

What can I do in response?

The best suggestions include the following:

There are several good tips articles out there.  Here are a couple of suggestions:
Anonymous and Hacktivists 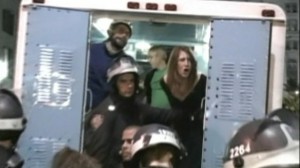 “Hacktivist” is a new buzz word out there, referring to individuals who engage in computer hacking for a political agenda.  The international hacker group “Anonymous” has publicly declared its sympathies with the Occupy Wall Street movement.  It threatened to launch an attack on November 5th (Bonfire Night – see below), in response to the New York City Police Department’s October plan to clear the Occupy Wall Street protesters out of Zucotti Park so it could be cleaned.  The Occupy protesters boosted their numbers, the NYPD never cleared the park, and the attack didn’t happen.  Then, early Tuesday morning, November 15th, the NYPD cleared the park.  This time, there was no announcement, and little time for the Occupy protesters to bolster their numbers and launch a response.  As it turns out, most Occupy protesters go home every night, so the NYPD chose a particularly sparse time of day to clear the park.  Within hours, the Facebook attack began. 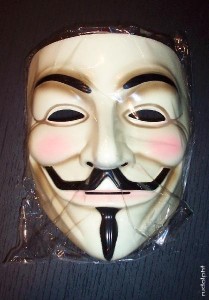 There are some interesting correlations between the Facebook attacks, the Fawkes movement, and Occupy.  History has cast Guy Fawkes as the lead conspirator in the “Gunpowder Plot,” a 17th Century plan to blow up the English Parliament in protest against the monarch’s oppression of Roman Catholics.  (Wikipedia has a nice read on this.)  Before the plan could be implemented, one of the planners had second thoughts.  Innocent people, some of whom were fighting the religious oppression, would be killed in the attack.  They sent an anonymous letter to authorities, Guy and several co-conspirators were caught, tortured, and executed.  Ever since, on November 5th, Brits celebrate “Bonfire Night,” burning an effigy of a significant political figure, or of Fawkes himself.
There are, to be sure, some significant differences.  The most significant is that the Gunpowder Plot would have killed lots of people.  Hopefully, nobody will come to serious physical harm via a malware attack.
Internet Safety
The late 70s and early 80s brought us a host of new diseases, including AIDS, and with it, a new awareness of the consequences of our actions.  Sadly, Internet safety operates by many of the same rules.
These metaphors are open ended, so those old enough to know can understand the warning.