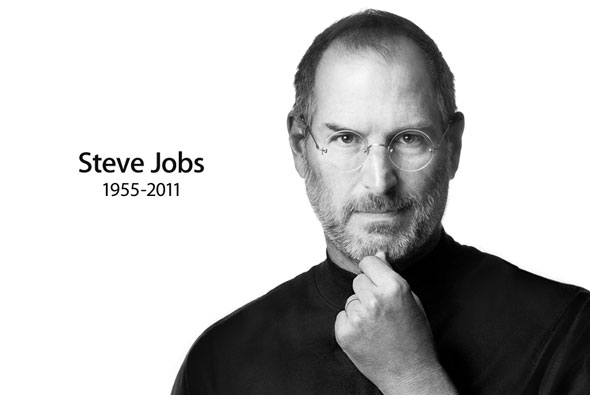 We knew this day would come, but it doesn’t make it any easier, really.  At 56, Steve Jobs was a creative genius who passed well before his time.  He had a remarkably simple, elegant, and noble idea.  Technology should be for everyone.  It should be simple and straightforward to use, it should be highly functional, reliable, and even fun.  Technology should be so well designed that it becomes an extension of our creative energy.  And he actually made that happen.

Bill Gates may have written the operating system that seems to run most of the known universe, but to this day it STILL looks like the Mac OS knock-off it has always been.  Steve was much bigger than an operating system.  He kept the faith through the OS wars, and then he launched us into the post-OS era.  He created stuff you didn’t have to know how to use before  you used it.  He put TV, tunes, and the web anywhere we needed it.  And he made stuff that always – and I mean ALWAYS – worked.  (My 20-year-old Macintosh Plus still runs.)

Steve Jobs changed the world, and I’m not overstating that one bit.  At first it was the personal computer itself, which set off a 30-year revolution.  Then, when cell phones needed a facelift, he gave us a smartphone that made sense and worked reliably.  Now, with the iPad, Apple is ushering in the next generation of personal technology.  Either he had the great ideas, or knew them when he saw them and managed to develop them into something remarkable.  We may think of terms like the PC, the smartphone, the laptop, and the tablet, but what we really mean is the Mac, the iPhone, and the iPad.

Like any creative genius, he wasn’t a saint.  In his younger days he dropped acid, experimented with drugs, he could be temperamental and at times egotistical, I heard he was a pretty tough boss, and he didn’t always make the best business decisions.  But he had some truly remarkable human qualities that eclipsed these flaws.  He studied.  He learned.  He listened.  He was curious.  He knew what the brand stood for and did his best to carry the flag.  He understood Apple as a company, but even more so as an ethos on the forefront of technology.  And in good times and bad, as long as they would let him, he stood by the products and services personally.

Sometimes our best hope is to leave this world a little better than we found it.  Steve Jobs’ legacy is that he left the world a whole lot better, and did so over and over again.  Sure, he made billions doing it.  I like that.  He made a good product, an ORIGINAL product, and people lined up to buy it.  It made their lives, and our world, better.  I hope that, in a few years, when my turn comes, I’ll be able to say the same thing.