Extraaaa lettersssss. Do I need to get my “Members Only” jacket down from the attic? 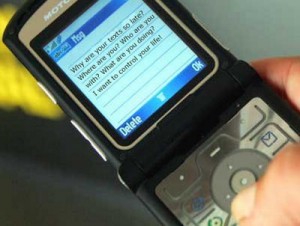 I can't do this. That's why I bought an iPhone.

I predict that some of our current text message will go the way of our 1980’s “Members Only” jackets.   OK, maybe it’s just something I hope will happen.  In particular, I’d like to make a plea to stop using extra letters.  Please?

If you don’t know what a “Members Only” jacket is, you are probably of an age that makes regular use of exxxxtraaaaa letterssssss. As I understand it, the use of extra letters in a text message is intended to give it a layer of emotional content.  Adolescents love drama, so it makes sense they would find a way to add sturm und drang to a text message.  I just wish the result had been a bit more creative, and a little less irritating.

I love technology – desktop, mobile, personal, entertainment, research, adaptive – you name it. If it has buttons, makes noises, or has a screen of any kind I’m on board. I’ve been a rabid technophile since the days when I had hair. I think it will continue to make our lives better in many ways, and our best days are ahead. 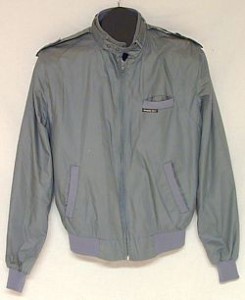 Like extra letters in text messages...stylish yet stunningly dull.

I can appreciate the need for abbreviations in text messages. “c u” for “see you,” “LOL” for “laughing out loud,” “txt” for “text,” “lmfao” for “laughing my F$%@ing a*$ off,” and the like. (Although a young man recently posted “LMFAO” on my church’s facebook page, which I thought was mildly inappropriate.) Some of the code is cute, and typing on small devices can be cumbersome.  I’m happy to give my old thumbs a break every now and again, so it works.

Texting has, of course, become central to adolescent life.  I read a stat recently that teenagers average over 3000 messages a month.  As an English teacher, I recall receiving essays with “text lingo” in them.  Once, as an administrator, two girls were suspended for cheating on a state test because they texted answers to one another from two different parts of the school.  (Neither girl removed their phone to send the messages, by the way.  They texted “blind” with the phone in their pocket, and popped out the phone to quickly read the message, and were only caught after the first few times they checked their phone. )

Our generation isn’t nearly so  creative.  We use something called punctuation.  Questions end with “?” (that’s called a “question mark”), emphatic statements end with “!” (that’s called an exclamation point), and when we want to yell WE WRITE IN ALL CAPITAL LETTERS!  It is anachronistic, inefficient, and worst of all, it screws up the emoticons.

YES! Emoticons!  <3  (That means I love ’em!) They make sense.  They have some artistic merit.  They’re clever.  They can make you sound like less of a jerk than you really are.  They can highlight your sarcasm :-),  lighten the mood :P, add a layer of sensitivity to statements of consolation 🙁 – you name it.  It puts a little face into the text, as if you were talking to a person.  You can add a bit of facial expression without interrupting the text too much.

The extra letters?  Not so much.  They reflect a lack of creativity, a lack of insight, and all the talent one needs to hold down a button.  Big whoop.  A buddy of mine is having a birthday today, and I looked on his Facebook page.  Several of his friends wrote,  “Happpppyyyyyy Birthdayyyyyyyy Steeeeeeeeeeeeeeeeevieeeeeeeeeeeeeeeee!”  (or variations on this theme).   I think these individuals were trying to be nice.  Unfortunately, it appears that several of Steve’s friends are having seizures.  I hope they’re going to be OK.

I know it sounds silly and quaint, but if we want to make ourselves clear, communicate deeper meaning, and add emotional content, let’s use – what are they called?  Oh, yeah….

John Tusch is a technophile, a Mac enthusiast, and a former English teacher.