The end of the OS…entirely 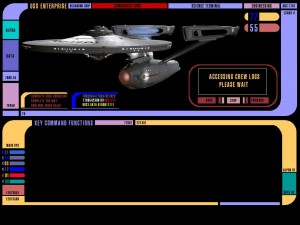 Roddenberry and his crew(s) knew more than many of us realized...

In about 10 years, the question of “Mac or PC” won’t matter.  Our days of competing operating systems are nearing their end.

Every now and again I’m asked to help a friend or family member on a new computer purchase.  I’ll tell them what I’ll tell you right now…I’m biased.  I’m a Mac guy, and have been since the 80s.  I’m very competent on the Windows side of things, and have been using PCs since before Windows (which, by the way, was the virus Jeff Goldblum uploaded to kill the aliens in Independence Day).  So when someone asks me about whether they should buy a Mac or a PC, I usually steer them toward a Mac.  And now that our world is about to change again, I’m more confident than ever in this suggestion. 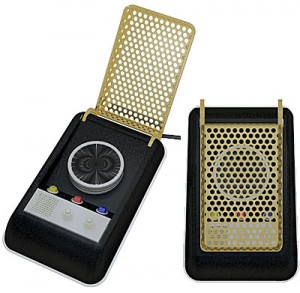 Original Star Trek Communicator (circa 1968). Looks much like my first flip phone!

OS decisions (the Mac/Windows decisions) aren’t going to matter much longer.  We’re about a decade from the end of OS battles entirely.

Let’s look at the following:

So, what’s next?
The future is here…and just around the corner 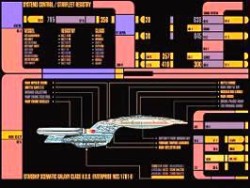 A play on the Star Trek (Next Generation - 80s) Console

I love the iPad, although I can’t justify the purchase for myself just yet.  However, in 10 years we’ll all be working with something that functions very similarly to the iPad, and it will integrate with something as small as today’s bluetooth.  Together, the kit will probably solve most of our technology and communications needs.  While I don’t think we’ll end up with the little triangular communicators from Star Trek, we’re not that far from it. 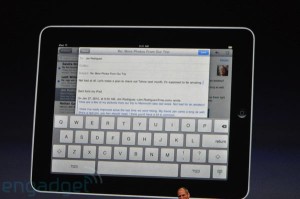 iPad 1 as presented at MacWord. Funny...you can see the top of Steve Jobs' head!

My nephew begins college in a month, and he’s going up with an iPad and a Windows laptop.  The laptop is for school, and the college gave it to him.  One of the rules is that he can’t use the laptop for any money-making enterprise.  (A strange request of business majors, but whatever.)  He shopped, and picked up the iPad for his personal needs. He’s got a small stock portfolio he manages, and he uses his iPad to do it.

Yes, I believe we’re seeing the “next generation” born right now.  Sure, there is an entire cross-section of our economy dedicated to the production of operating systems and the applications that run on them.  But, more and more the younger generation (and some smart older folks like me) are realizing that items like Office are less a necessity and more of an old-fashioned “racket.”  Programmers are moving to open-source platforms, and selling the items that represent true creativity and singularity of purpose.  The “genie” of the OS has been out of the bottle for quite some time now, and there is no getting her back in.